This party is featured in Confetti Fair’s 2019 Special Edition Magazine United States of Party. Click here to see, or read on for the 80’s Miami inspired bachelorette party! 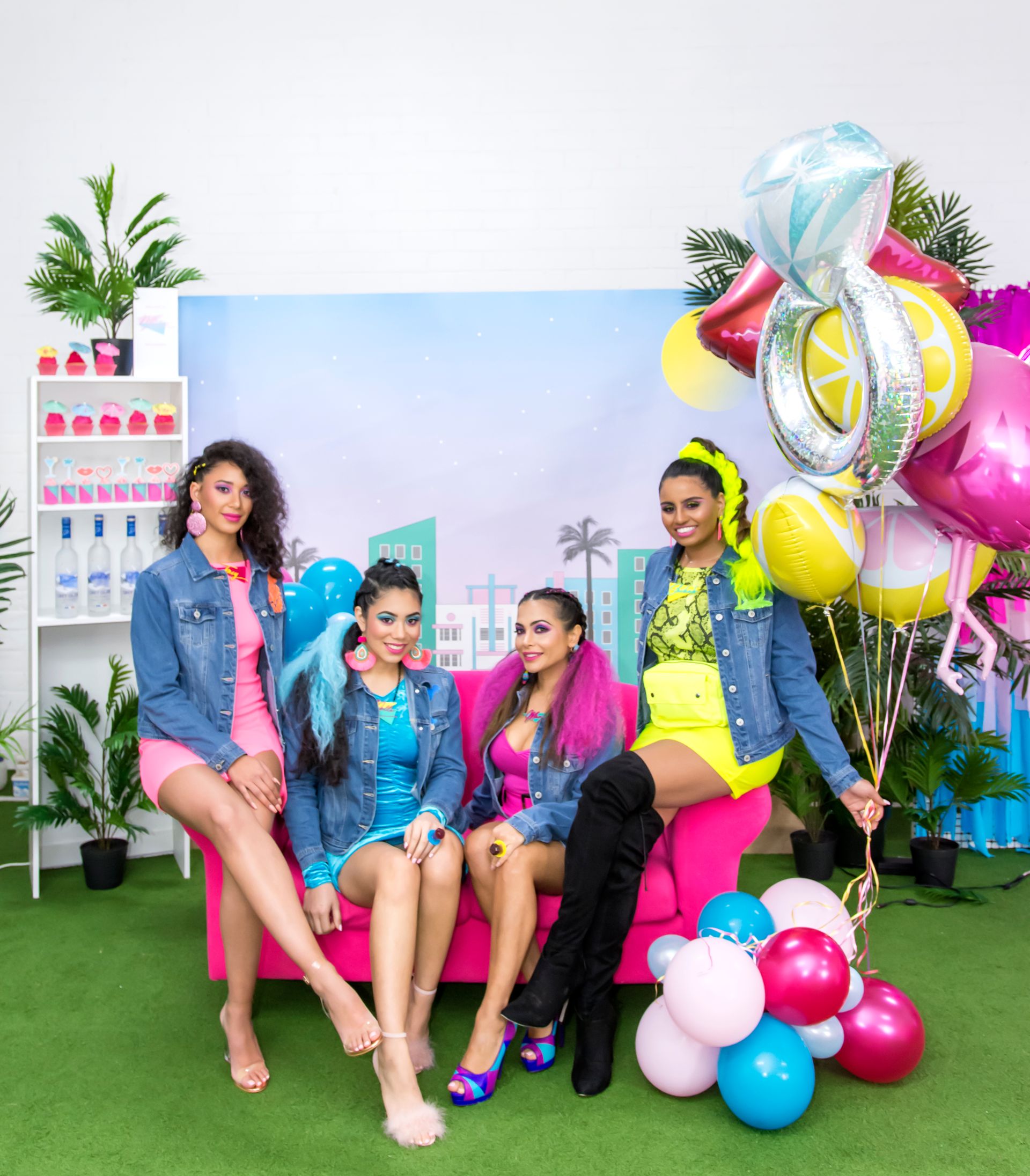 Confetti Fair were inspired by nostalgic 80s art and aesthetics such as Yoko Honda, Memphis design and Miami Vice to create this colourful bar scene.

What inspired you to choose Miami?

Miami was most suited for the direction we wanted to take. The whole scene was inspired by an amazing Japanese artist called Yoko Honda, who creates fantastical dreamscape scenes featuring 80s aesthetics and ‘Miami-esque’ cities. The art genre is called ‘Vaporwave’. Miami Vice also came to mind when planning. What influenced the theme and styling?

The 80’s and Yoko Honda’s art was a big part of the styling. From this, we included a lot of the era’s defining elements such as bold colours, Memphis inspired-patterns and retro fonts. Also, the set-up is meant to represent a hen’s night set at a rooftop Miami bar.

Which DIYs or party trends did you incorporate into your shoot?

In terms of trends, we included the streamer wall and neon sign which look so good together. We’ve been wanting to try it for a while. In terms of DIY, my favourite was the retro VHS cassette tape favours we made. We also made coasters by printing the pattern on thick card and cutting them into circles. 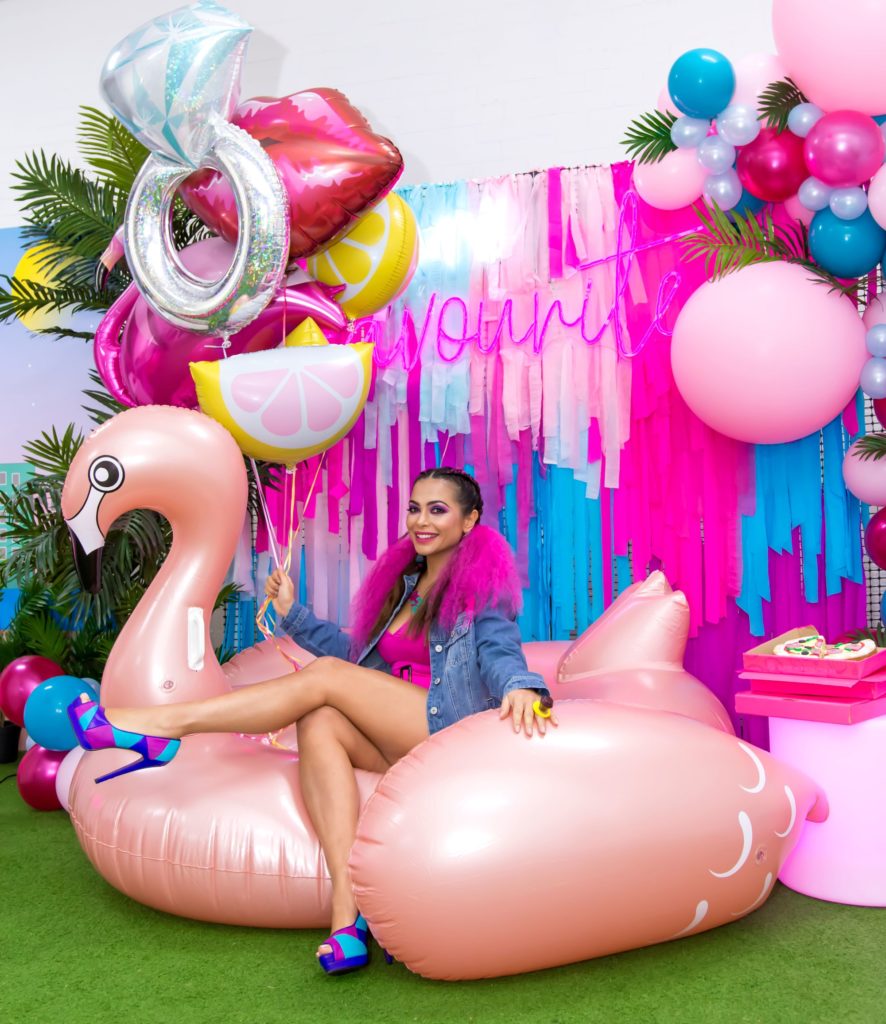 Another interesting DIY we did was to make hot pink pizza boxes for the pizza cakes. We basically scored some boxes from our local pizza place, turned then inside out and covered them with a double layer of bright self-adhesive contact! This party is featured in Confetti Fair’s 2019 Special Edition Magazine United States of Party. Click here to see it.