Karyn Krywicki of  Peekaboo Parties in Melbourne recently styled this delightfully enchanting fairy garden party and we are beguiled! What a way to call on these pretty creatures of the otherworld (in folklore, a fairy garden is meant to attract fairies and good luck into the home). This fairy garden birthday party featured a colour scheme of blush pink and gold. Karyn gives us the details below. Every little 3-year-old dreams of becoming a fairy so I put together this fairy garden party to make the birthday girl’s dreams come true. The main element of the party was the picnic table surrounded by plush cushions which were topped with hand made fairy wands. 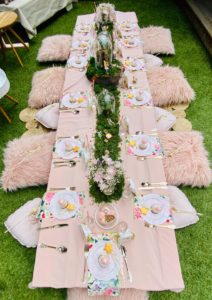 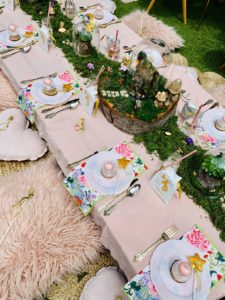 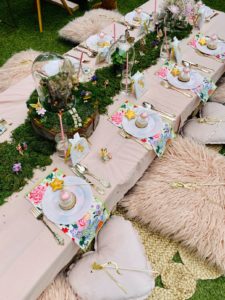 There was a moss fairy tablescape running down the middle of the table complete with glass-domed fairy houses and fresh flowers. 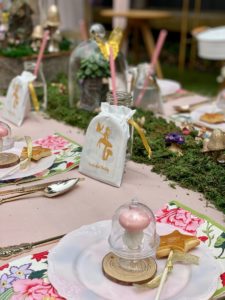 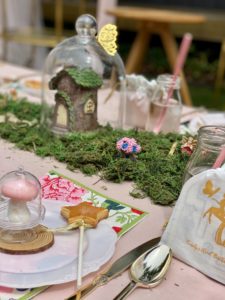 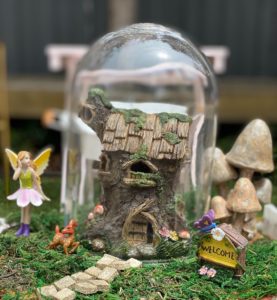 Each child also received a gift at their setting which was a ‘make your own fairy door’ and bubbles which were packed in custom linen gift bags. 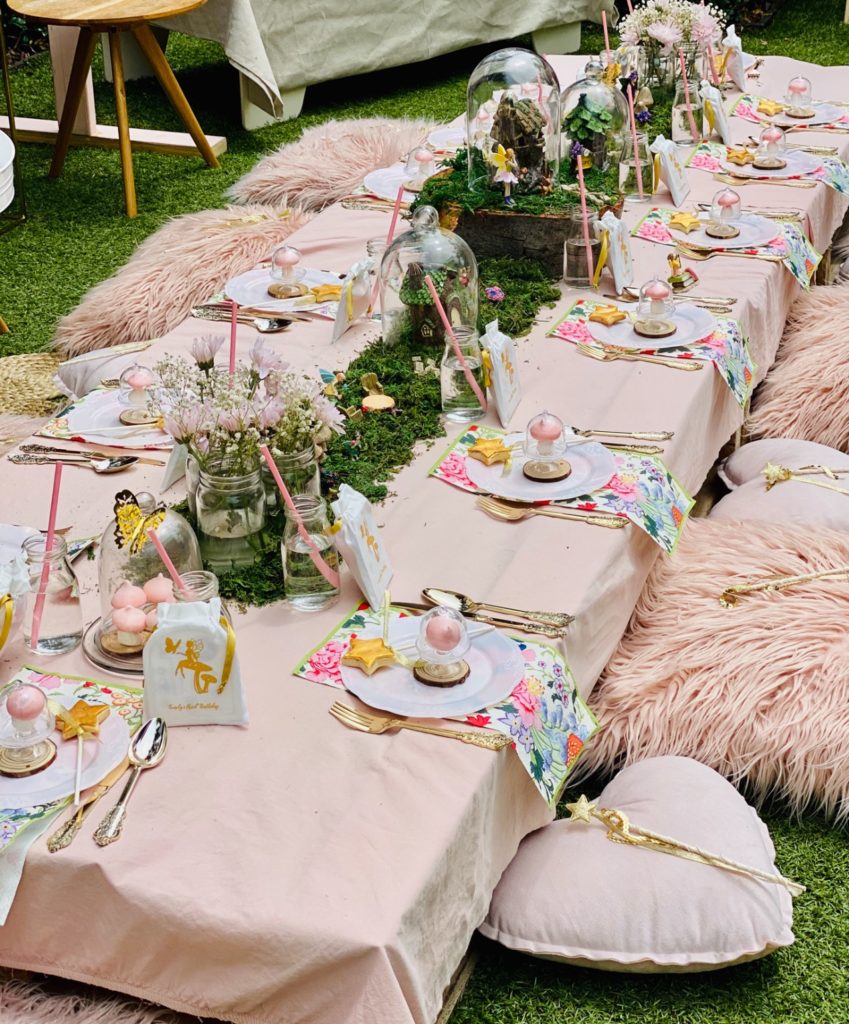 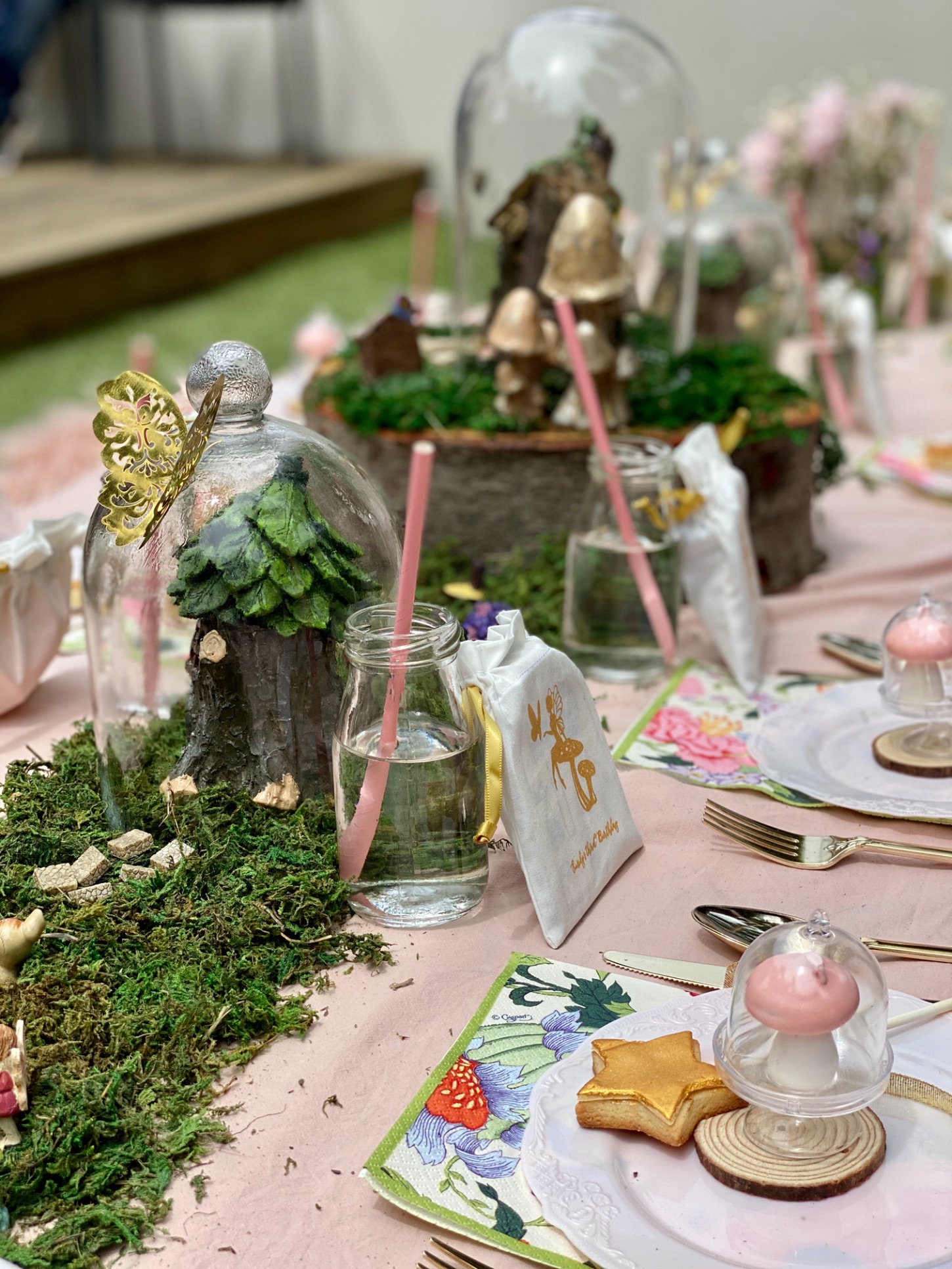 A dessert swing flanked the table and was filled with Fairy themed foods such as fruit wands, cookie star wands and the toadstool birthday cake. 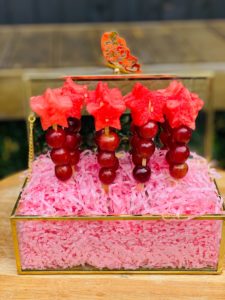 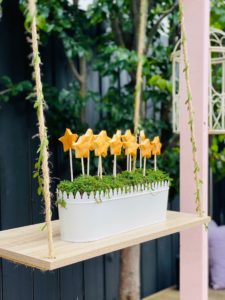 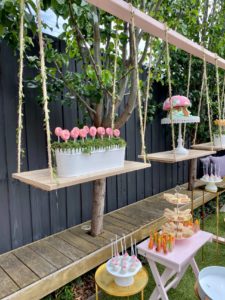 The birthday girl was visited by Laura from Melbourne Fairy Parties and the guests were kept busy with a “plant your own Fairy plant’ station.